Have you ever been with someone that isn't very talkative? Do you feel the need to fill in for the lack of conversation and start talking incessantly and next thing you know you've told them your life story? Then you find yourself lying there on the floor in fetal position under the coffee table with your bishop's phone number on speed dial and you feel really stupid because this person knows everything about you and you know nothing about them? Me neither.


You may have noticed I haven't been around much since November. Well, without going into details that would even cause a maggot to barf let's just say I have had some issues. With my throat. The Mayor of Whoville and I have something in common, besides the fact that we're both Republican. 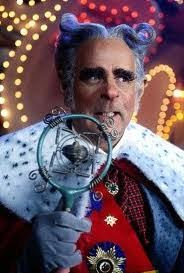 He boasted that he had 2 tonsillectomies. In November, I had my second tonsillectomy as an adult. The first one was about 8 years ago. I knew what was coming. I knew just how bad it was going to be. I knew better than to try to eat Spagettios. I didn't know I would be struggling three months later with voice complications. I have spent six weeks out of the last three months with no voice. I see trying to communicate with people other than verbally a complication. Some see it as a blessing. Smart @$$es.

I clap my hands or whistle to get people's attention. I have to play Charades and try to get people to understand what I'm saying. I feel like an idiot. A frustrated idiot. So, I'm going to start using a dice with sayings on it so people don't have to guess what I'm saying. Since there are six sides I will only have six sayings. Of course, there are the two obvious answers, "yes" and "no". For crutial answers that need to be answered verbally, side 3 will read: "Read My Lips" also known as "I can't remember". 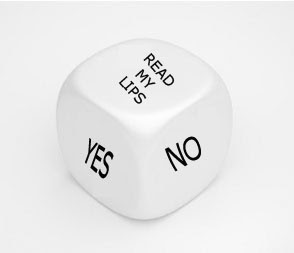 Side 4: "Whatever" or "Crickets Chirping" or "I did not inhale."

Side 5: "That doesn't even deserve an answer" or "Come a little closer so I can slap you."

I have a lot to catch you up on, and since I'm spending much less time on the phone and giving public speeches I should have more time now.

Labels: health or the lack of it, stinkin' thinkin'

I'm so sorry you hurt.
ugh.
I hope this feeling goes away soon!

Welcome to the Garden of Egan said...

I am so sorry you are going through this. That really is a long time.
However the tonsils are the only thing you have with the Mayor of Whoville. When I saw you last your lips looked nothing like this guy.

I am also surprised that you don't have a more in depth bunch of hand gestures.
Really.
I am surprised.

Get better now will ya?
I'm wondering if when you FINALLY get your voice back you are going to have so much to say that all your words are going to come and jump out of your throat and you'll scream for 6 weeks solid?????

Oh man that is really noooo fun at all! I didn't know that people could have 2 tonsillectomies. Do they grow back?
I had mine when I was 7 and of course it is much more fun at that age - out of school and all the ice cream you can eat and gaining no weight.
I hope your voice comes back to its full strength - that would definately be frustrating!

hmmm... maybe I'll keep my tonsils where they are - despite the stupid strep throat issues that I get annually. boo for sickness - but hey, Yay for seeing you around the blogosphere a little more :)

I heard, when my boy had his tonsils out, that they could grow back. But twice in eight years? Is that normal? Does it happen all the time? Do you have super tonsils? Will you learn ASL now?

Geez, woman. That just sucks, and especially with the hand clapping and signs to get them to pay attention. Well, either way, you're on the mend, right? RIGHT? I wonder if a bag of Cadbury mini-eggs would help? Maybe two? Wash them down with some Dr. Pepper and maybe a Diet Coke with lime, and voila! A sing song voice that would make Blondie jealous. :) Love you and get better! Criminy!

We never had the chance to "talk" about the cruise... I guess later we'll just have to compare notes! If you have any advice for me, email it ASAP!! ;D I am heading to San Diego tomorrow with my arsenal of drugs! WHY do I get SICK for VACATIONS?? Just yesterday I was determined to just stay home rather than do this sick AGAIN... then my sister threatned my LIFE since she and her hubby are onnky going because of me... So off I went to the Dr expecting the usual "it has to run it's course..." spiel... Turns out I have sinusitis (I think I LIVE with that) and bronchitis for which he gave me drugs that cost an arm and a leg to knock it out of me ASAP! Crossing fingers it works... So I guess you know what that's all about, too...

I, too am sorry this is dragging on so long!! This IS CRAZY to the 10th power!! CYBER (((HUGS))) ONLY so I don't pass on any additional grief your way... Keeping you in my prayers!!

Welcome back, even if only speaking with your keyboard. Maybe you should just text everyone who needs to communicate with you. There's gotta be an AP for tonsillitis recovery. There seems to be one for everything else.

Yes, and I'm guessing Garden of Egan is right about you having a whole library of hand gestures.

Hoping for better days for your throat.