This story kind of reminds me the old cartoon, "Hey! Watch me pull a rabbit out of my hat!" "RAWR!" What I'd really like to see is Obama pull all those promises out of his - but this isn't one of those kind of blogs. 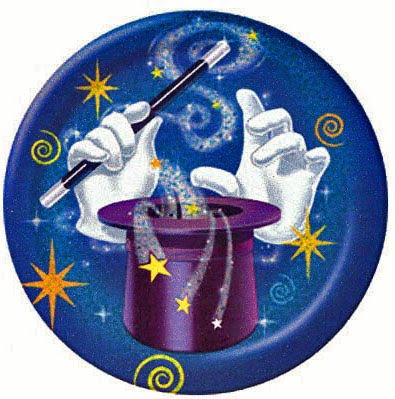 I have a ten year old daughter who knows magic. Yep. She goes by the stage name of "Magic Mimi." If you were ever wondering, her real name is Amelia and her toddler version of her name was "Mimi", so it stuck.

Trick Number 1: When her grandpa was staying with us a few weeks ago she decided to show him some of her magic card tricks. She had her stack of cards (a very short, suspicious stack of cards) and fanned them out and told Grandpa to pick a card. He drew one from the deck and looked at it and put it face down.

"Make sure you memorize it," she said.

He looked at it again, "Okay."

"Concentrate real hard and don't forget your card," she says in all seriousness.

He cackles, looks at his card to humor her and says, "Okay. I think I have it memorized now."

"Now place it back in the deck."

Grandpa, who's played this card trick one too many times in his life does the old switcheroo. "Okay, close your eyes." She closes her eyes. He places his card in the deck. She then straightens the deck.

Trick Number 2: Mimi laid out 12 cards face down on the floor and told Grandpa to memorize his card. She mixed them all around and tapped each card with the "magic wand" once and then went back and tapped each card in rhythm three times. It was like watching a ritual. Then she went back to tapping each card once again when I finally said, "Okay, Mimi!" She stopped (got the message, the build up was too much.) Then she pulled a card up from the display and said, "Was this your card, Grandpa?"

He said, "I don't know, you never showed me the card in the first place."

In which we all burst out laughing and she said, "Oh, yeah, I forgot."

There's real potential there, I know. She knows how to capture an audience, admit when her wand is freakin' broken (happens all the time) and adds humor. We're bookin' her for parties now, so book early.
Posted by Krista at 11:11 PM 11 comments:

Labels: family, fun, game, It's all about Mimi

A Buffet for Anorexics

When I was in high school, anorexia seemed to be the new awareness (besides herpes, Quaaludes and AIDS). In fact, people used to ask me if I had anorexia and I wish, oh how I wish someone would just ask me that for old time's sake. I do have an eating disorder but I think it might have to do with the love of cheesecake and all things chocolate.
I remember learning that anorexics (is that a politically correct term?) eating challenged people are excellent cooks and enjoy cooking for other people. I have a cookbook full of recipes from a church that a known eating challenged person contributed many recipes such as "World's Best Brownies" and many other succulent choices. I can guarantee she offered thee best recipes.
I liken this story to an experience I had a couple of months ago when I went to a blogger's conference. It was exciting to meet many other bloggers, some I only knew by commenting on each other's blogs. It was nice to meet some real live people and see if they were as funny in person (and some were even funnier) as they were in their blogs. The funny thing is, this was like a buffet for anorexics. There were a lot of great people with a lot of good things to offer, but no one wanted to really eat. They wanted everyone to eat what they brought. I visited a few sites of cards I picked up and left comments and do you think they even visited me back? Nope. They have Blogger's Anorexia offering you their Sugar Cookies or maybe the dreaded Casserole. 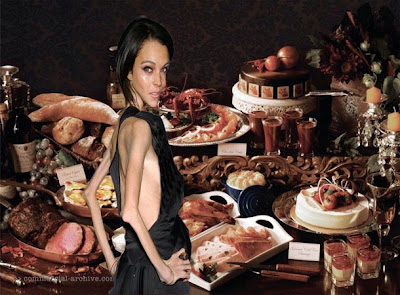 Do you like my first attempt at my new found skills at Photoshop? I only merged two pictures and covered up Lindsay Lohan's breast, though you would have mistaken it for a displaced elbow, but anyway. She has seen better days.

So my last post I kinda critiqued some blogs that were featured on a comment support group called SITS. Some of you thought I might be talking about you, so I thought I would clear some things up. If I read your blog - I WASN'T TALKING ABOUT YOU! I don't read out of obligation because I'm sorry to say I'm too darned busy for that. If I had my choice I would be independently wealthy and I would read blogs all day long and they would inspire me to write my own blogs and I would have a fulfilled life of laughter and warm fuzzies all day long. But I have to work and because I have to work I need to improve my skills which leads me to going to school part time which leads me to this insanity which I have cut down to blogging once a week about.

If you are a daily blogger, I apologize that I don't visit everyday, but if you have something extra terrifically wonderful that you would like me to read because you know I would thoroughly enjoy it, make sure you send me the link, so I don't miss it.

I haven't been very good at being organized, so I try to visit my commenters' blogs as soon as I get a minute. If anyone has any good tips on keeping organized - let me know. But I'm not about to indulge at a buffet if someone isn't going to enjoy it with me! 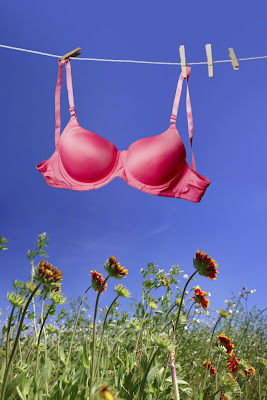 I belong to a "comment support group" called SITS. It introduces you to blogs of all sorts and I mean all sorts! Exclamation point! It stands for the "Secret Is in The Sauce." I have found some very OFFENSIVE blogs - the kind that drop the "F" bomb and use the Lord's name in vain. I have found some crafty blogs - which I'm so anti-craft. If it looks handmade, it's because my ten year old made it. Like this gorgeous craft. 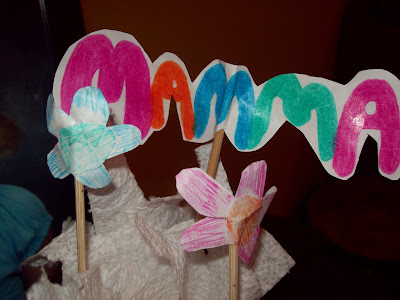 It's amazing what you can do with a covered dog food can, paper towels, skewers, paper, glue sticks and crayons. I love this craft. But this is the only craft.

I have found some newlywed bloggers, nearly dead bloggers, newly divorced bloggers, and some very ....oh....'scuze me..... ho .... oh..... ho hum bloggers. Lots of mediocracy. I have also noticed a lot of "cause" bloggers. "This Blogger Has a Rare Disease" and you go to their blog and realize you have nothing in common with 27 bottles of prescriptions, shouting profanities when they're nervous and adult size diapers. Not that I don't feel bad about their disease, but I don't really want to read about that every week (or every day). Which brings me to my cause. I don't talk about it often because I don't want my condition to define me.

Very few people tolerate my condition. I am a blonde. I was born this way. My hair slowly started to darken as I aged, but I decided to be proud of my true color and stopped trying to hide my condition. People that know me, love me for who I am, and when I see someone dressed exactly like me in public and feel a slight embarrassment just to realize it is my own reflection in a window, it is okay. BTW, that really happened. I'm just so glad I didn't say anything out loud to the group of friends I was with. But I kept looking at her, she kept looking at me - yeah. We noticed we were both wearing the same thing.

So back to "Comment Support" groups, you know what I noticed? On their "Feature Day" they gain like 250 followers in one day! But being the procrastinator - well - busy person really - that I am, I visit a few days late and I notice that they are back to five comments. Why?


It does have a nice ring to it don't you think?

Today I played "Mad Libs" with two ten year olds. First, I had to find out what an adverb was. I knew it had something to do with verbs, but whatever. And who remembers what a predicate is? Useless stuff we learn in elementary just to forget when we're old and we need to prove to our ten year old that we're smart. I do remember the important life-changing stuff like the life-cycle of a caterpillar.

Mimi and her BFF didn't have a problem with nouns. Especially with using "butt" or "butt cheeks" or "butt crack" and speaking of lines, I had to draw the line at "butt hole." Then there were "boogers" and "poo". I tried to set a good example of words that didn't come from the bathroom. Yeah, right. Our stories were hilarious and the less they made sense the funnier the girls thought they were.

We love games at my house. Seth will bring his friends home and beg me to play "Scattergories" with them. It becomes very competitive. Friendly debates erupt because I have had 20 more years or more of life experience to increase my vast vocabulary. Even with teenage boys, I have to draw the line and tell a few of them to keep it clean. (Boys are so vile sometimes.) There have been challenges for words that we have the Internet ready to Google and some have even lost money. There was Cordon's word that started with a "D" that was an animal. We challenged the two point word "dik dik". Sure enough, there is a dik dik. 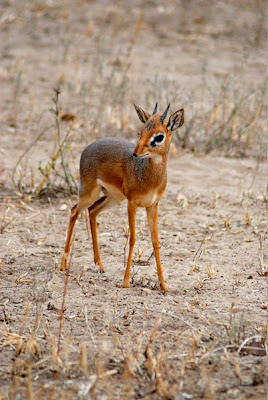 For toiletries/cosmetics and with the letter "S" I wrote down "sanitary napkin" as my answer. I was challenged by five teen aged boys. "That doesn't make sense." "Sanitary is a description, it's not part of the word." I told them to call their mothers. We looked it up and sure enough - there was a photo of a sanitary sanitary napkin. They were still murmuring as I gave myself a point.
Posted by Krista at 7:56 PM 19 comments: